When I created this banner last April I never dreamed we would have come this far in relinquishing our freedoms. I honestly believed we would see through the machinations of fear. I thought the lessons of Hitler and WW2 would have been enough to keep us vigilant whilst we stood on guard for freedom. But fear is powerful and hard to recognize under its cloak of deceit.

As time brings us closer to Remembrance Day, I find my heart filling with remorse. They fought for our freedom and we have not honoured our promise to maintain and protect it. I have begun to wonder why people bought poppies for all of these years: Was it just for appearances? Why have we stood in silence honouring those that risked and lost their lives for our freedom if we do not cherish it? I guess it is perception. I guess all these years as I stood in silence my mind was filled with thoughts that were different from others. There is no blame in that statement, no right or wrong, it is simply the freedom of acknowledging truth. We all perceive the world through our own lens. I thought freedom was something that stirred and mattered in all of our hearts. I thought exacting power and control over others by force was what we fought against, not what we celebrated. 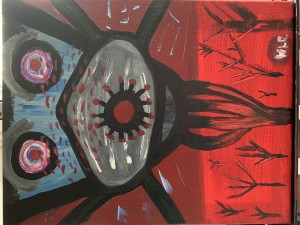 You have the right to choose, the right to your own self determination, your own autonomy. In the context of so many of your favourite causes you would agree with that statement. Be it woman’s rights, your body, gender preference or loving who you love. So how can it be that those who so strongly believe in freedom of choice just placed a caveat upon it. A caveat that stipulates only if they agree with or care about the issue. Perhaps it is not freedom of choice but rather a world where everyone lives according to the same beliefs. A strange kind of world where we celebrate diversity and culture because we are not racists, but we abhor thought that does not go along with our own.

Where have we seen that world before? What could possibly go wrong when one segment of society determines the highest good for all? Was it kindness or arrogance that created the residential schools in Canada? Was it prudence or fear that made us build internment camps? While today we are building government isolation centres and stocking up on riot gear do you not wonder if we will ever evolve? When will we ever learn? Every atrocity and every war stems from our desire to exact power and control over another. We are reacting to fear. It is why we want power.

It is said, a  house divided will not stand. We are so terribly divided right now and our house is risking collapse if we do not find common ground. Or do you not want that? Do I no longer matter because my beliefs are in opposition to yours? Does the collapse of this house appeal to you? Once again, there is no judgment, no right and wrong. You keep choosing to judge me and never to hear me. I just ask you understand what our collapse means. We may not all survive it. I don’t want to see you suffer, I hope you feel the same for me.

The March of the Mask

I have a child’s wooden shoe that my Grandfather brought home from the Netherlands at the end of WW2. I keep wondering why I hold onto that shoe. The horrors behind it represents the pain of millions of souls. Maybe in some ways that shoe represented my Grandfathers holiness to me.That child who died in the streets was his reason for fighting, he was willing to give up his life to stop the evil that would harm our children. Barely outside of childhood himself when he went to war. That shoe also represents our brokenness, our fearfulness each time we point that gun at our brothers and sisters.

And there is the answer to my discomfort. I want to hold the world in contempt for what we have done. For spitting on their graves and saying our freedom does not matter. My Grandfather and his brothers and sisters, they faced real fear. They faced grenades and tanks and guns. They faced cold and disease. They faced hatred and evil. They faced all these things for our right to live in freedom. And now I am told freedom does not matter. I am told a flu like virus is apocalyptic and nothing I hold sacred matters. Yet the casualties of the battle cry far far outweigh the threat for the overwhelming majority of the population. We are destroying our country, our freedom and our children’s future over a narrative that never materialized. Yet people keep clinging to it even though we can see the monster is just a shadow of our fear. 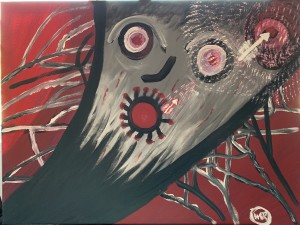 I don’t have the pedigree to satisfy your judgment of me. But I hold a vision and I see another  way. It involves truth and forgiveness, a whole lot of forgiveness. It means we stop arguing in the cesspool and we start building in the light. We focus on solutions that speak for everyone. We focus on hope and possibilities. Dreams like maybe less consumerism, less stuff but also fewer working hours. More time for personal fulfillment, for our children, for helping others. More walks in nature so we need less medication. Less divisiveness and judgment between secular and faithful and more seeking to understand. Listening to and following our higher selves. What about seeking truth instead of victory. What about gratitude instead of entitlement. What if we worried less about what our neighbours did wrong and focused on cleaning up our own back yards? Dreams, these are just some of my dreams. They are not things for me to force upon another, they are part of a conversation. They are just dreams, visions and ideas. They are creations and they are my purpose. To create from love not react to fear. 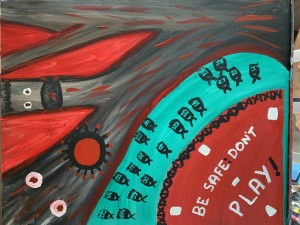 Please, buy the poppy because they deserve to be honoured and never forgotten. But before  you place it on your breast, ask yourself if you want the next generation to be able to live as freely as you have. Choose wisely for there are children who need us to start putting them first. Children who have borne the brunt of our fears. Todays seniors were the children of those who fought Hitler. They have benefited from those freedoms all their lives. Don’t let that legacy end with them suffering in loneliness and their grandchildren and great grandchildren sacrificing their childhoods and their future on an altar of fear. The experts were completely wrong in their apocalyptic predictions about the disease: But the propagandists were bang on in their assessment of our behaviour when motivated by fear.

Oh Canada, are you still the true north strong and free? Is anyone still standing on guard for thee?

Why We Must Forgive

Generation Z- We Need You!

Coronavirus: A Gateway to Freedom and the “New” New World

This House Divided Will Not Stand