Every once in a while I find myself compelled to throw some thoughts out to the world. This is one of those once in a while moments. It’s about Love, death and judgment.

A little over two weeks ago I was at work enjoying my lunch in the sunshine when I got the call. The call from someone that went through hoops to track me down. Someone who knew how close I was to Josh (not his real name).  When he informed me of Joshes sudden passing the night before I was in shock to say the least. I was not expecting that, it was not the narrative I had created for Joshes life.

My relationship with Josh was complicated. Actually, that’s not true. I think when it comes to love in its purest form we had something special. We had no conditions, no judgments, no desires and for the most part no guilt. There was no history and no blame. It was all of 10 months and began with us meeting and having an instant connection. It ended, well, that is what this confused written piece is all about. How did it end?

I would describe Josh and I as close friend soul mates, step mother, step son- but not really. Josh was 19 years younger than me. He was mourning the loss of his Mother amongst other things when we met. His Mothers name was Wendy. That right there, even more than age will tell you it didn’t matter where the relationship might go, there was one place it would not go. God had placed us together for something else.

Initially he gave me the role of teacher and counsellor- At least that appeared to be the dynamics. –  A little spiritual life coaching. He was reaching out for help.  He was not only struggling with the loss of his Mother,  Josh was also struggling with drug addiction and breaking up with the love of his life. Whilst you conjure up your own ideas of what a drug addict looks and behaves like, I promise you Josh will not fit the image in your head. He looked and behaved on the surface like the wholesome looking always smiling healthy, mischievous boy next door. The one you might want your daughter to marry. Regardless, he was struggling and wanted so desperately to be clean.

For the most part, Josh had all of the knowledge, tools and gifts needed to to carve out an amazing life. What he did not have was that connection from his heart to his mind. He either ran on ego, or he ran on an open heart. The open heart would get crushed or the ego would destroy him. He knew only two ways to live. Wide open and vulnerable – Or run, crash and burn. 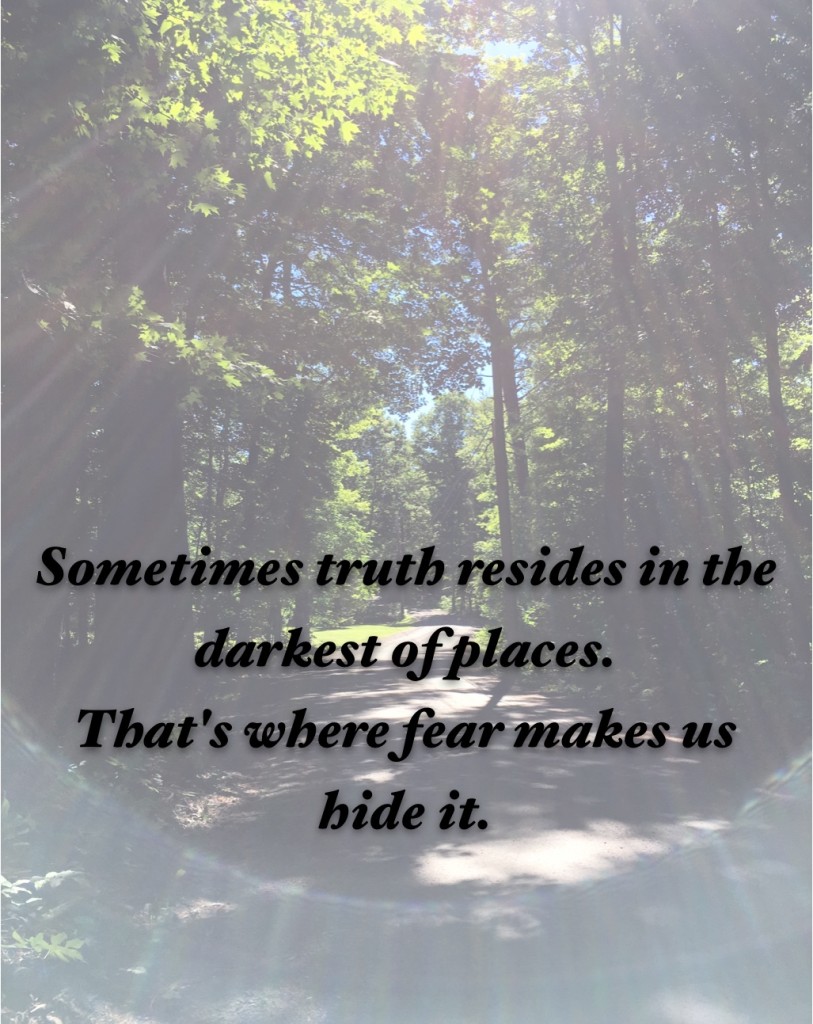 Spending so much time with Josh, I was amazed by his lack of concern about the optics. I was this older woman he was seen with all over this small town. Walking, shopping, having coffees and going on drives. Movies, dinner. It didn’t matter, Josh never made me feel he wanted to be elsewhere. He had this amazing beautiful quality. I found myself wanting what Josh had. This unique ability to openly embrace the people in and around his life in the present moment. I wanted to learn how to remain present. To not be concerned what others around might think. What used to frighten me about societal judgment was losing its grip on me. Because of Josh I was learning to follow my heart and not my head in situations that used to make me uncomfortable. I told him my heart would say to hug someone but my ego told me not to. I saw in his actions that following the way of love was always the right response.

For the ten months that I knew him, Josh and I got together or spoke almost everyday. Oddly for me it was not suffocating. That was another unexpected gift of our relationship. We had a bond that was emotional, intellectual and spiritual. We talked about anything and everything without fear. No control, no judgment. I did not go home feeling energetically depleted. I began to wonder how much of my suffocation with people in the past had to do with unconsciously protecting, hiding and trying to be what I thought they wanted me to be. Josh was teaching me how to interact by just being me.

Which brings me back to the day May 6th when I had been told of Joshes passing. I was in shock and I cried like a baby. I left work and cried all afternoon. I spoke with the hornet flying around my living room and called him Josh. I was under the impression it was an overdose and I let that hornet know I was angry, lost and heartbroken. Until the next day when I heard different, when I was told it was a heart attack. And then I was done. I had no tears left. And for the most part, from that day on, I have not felt empty and sad. I have questioned how could I have loved him and not be feeling sad? I miss him, but I have kept busy. Not to avoid facing the void, but because I am feeling empowered. I feel a resurgence of me. A new life, new inspiration. 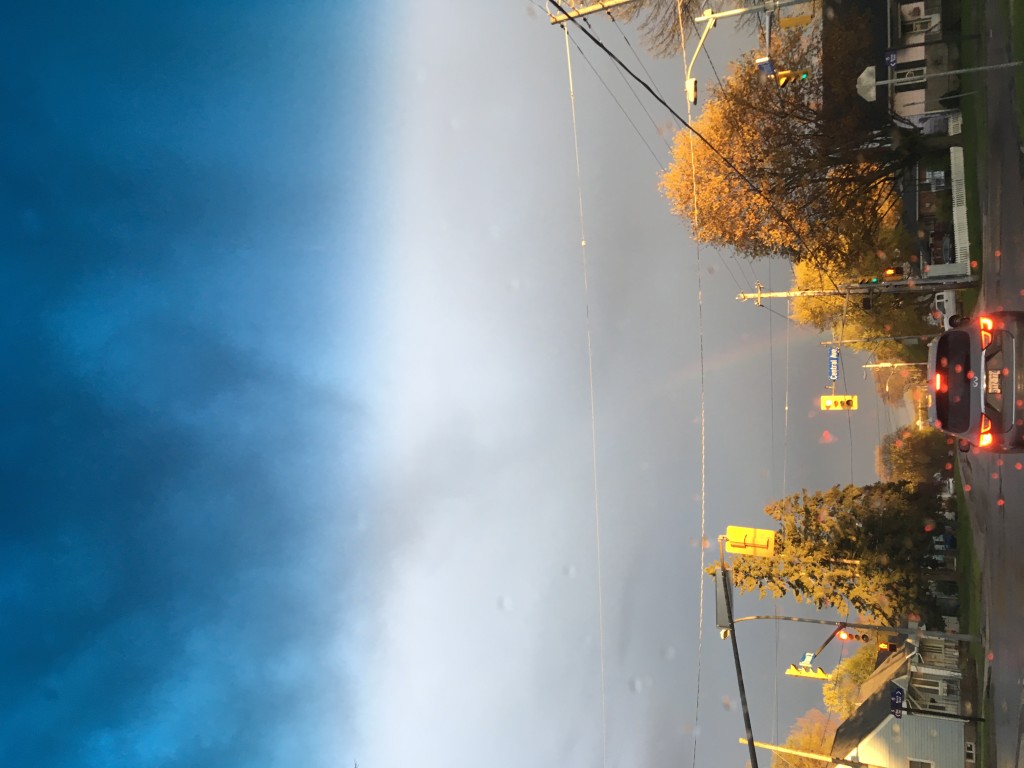 A rainbow beginning to come out on the way to Joshes visitation. (Not his real name)

This is not about losing a close family member, for sure that is different. He may not have been in my life for very long. But as far as my life in Brockville is concerned, he was my best and only close friend. I chose that. So why don’t I cry anymore? Why do I not feel sadness? Josh had a huge impact on my life. Maybe if Josh had died from an overdose I would still be crying. But he didn’t. It was his heart, God took him. Which complicates my thoughts even more.

The last couple of months he was doing so well. I was watching the tides of change. He was handling life with a sense of purpose and confidence I had not seen from him before. His conversations were more often about joy and goals than they were about struggles. He was taking the lead in the direction of his life, no longer asking what he should do. Instead he was telling me what he was doing and why. He was becoming aware of his thought processes and avoiding the negativity that would send him spiralling towards using. He was feeling so much empathy towards others, aware of their needs. It was so promising and exciting to see the transition. Even more amazing was the clarity of his thoughts. He was connecting his heart and mind and challenging me when I was off balance. The answers he was providing me for complex choices had such wisdom.

I called it Agape, a Higher Love. I think our journey was spiritual in nature from the beginning. I thought I had a purpose in helping him find the strength and faith to overcome his dark shadows. I wanted to see him go on to do the great things I knew he had in him. If the journey however, is the evolution of our soul. Our lessons, our learning to love, our search for truth. Our connection to source and connection to others. Then I like to believe Josh found that connection to source. I like to believe he filled that giant hole in his stomach. I don’t weep because love wants connection, peace and joy. I think he finally found it.

Maybe deep down I knew we would eventually drift apart. There were no chains on our friendship. It was so beautiful in how free and balanced it was. We held immense gratitude in our hearts for each other, but I think somewhere, there was the knowledge it was for a season.

I believe every life, every connection is for a purpose. I couldn’t understand for all of the times Josh had almost died, why when it looked like he was getting it together he was taken from this world. I thought his life was going to be grand. We talked about all of the wonderful things available to him. His light was shining bright and his future was looking even brighter.  Apparently the light he was seeing at the end of the tunnel, really was the brightest light of all.

Josh evolved beyond me and I love that. I am no longer sure of what purpose I served. But I do know what knowing Josh has done for me. He was in my life to teach me about love. Living in the present moment now has meaning to me. I don’t have to be anything for someone else. I don’t have to promise tomorrow for someone else. I just have to be present in love in the moment. Whatever choices and promises I make in that moment, if I pay attention to my highest self, those will be the right things to do. I need not offer more and I must not offer less. That is freedom. Josh is with me forever. The gifts he gave me in his presence that do not change. I think of Josh every day. I don’t cry: I feel peaceful, grateful, worthy and loved. In the GPS he provides me from above I hear him. Be present in love Wendy, be present in love. I love how the student became the master teacher. I love how love never ends.

Only Love Lives In This House

Who Is Your Contract With?